The Redmi line is becoming one of the most beloved of Xiaomi and its next launch, the Redmi K30 Pro , will be even more incredible. Today the sub-brand revealed some details of the cell phone that promises to be one of the big ads of the brand in 2020.

The new functions were revealed in images on the Chinese social network Weibo, which indicate that it must be a device focused on games. Firstly by the certification presented in the first image released, which shows the performance certification of TÜV Rheinland. 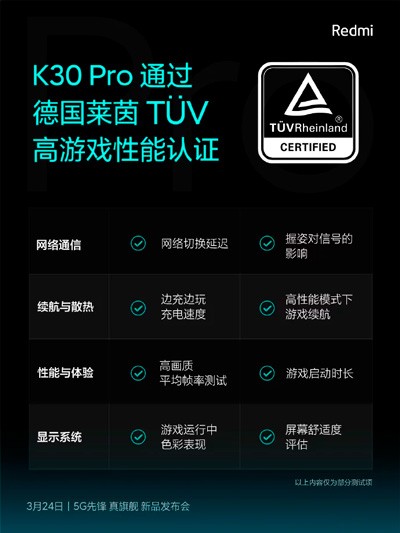 TÜV is one of the largest companies in the world when it comes to electronics certification. This certification gives more credibility about the device’s ability to be excellent when it comes to games. In addition, a second image indicates that the phone will have an advanced system to improve game performance, Game Turbo 3.0. 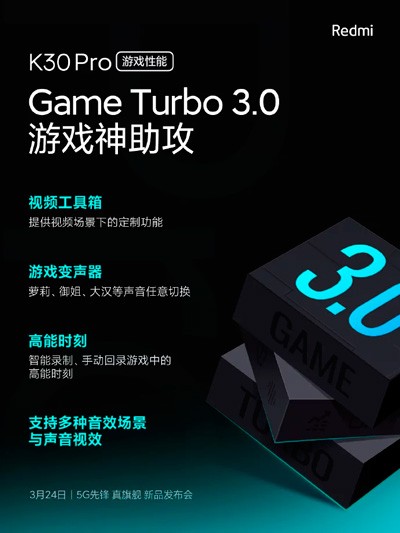 Game Turbo 3.0 is a game suite with several interesting features such as improvements in sound, optimization of features such as RAM, GPU, CPU and connection priority. In addition, the K30 Pro will have a 4D vibration engine, which means that it will be able to transmit the sensation similar to pressing a key when touching the device screen with the Game Turbo on. 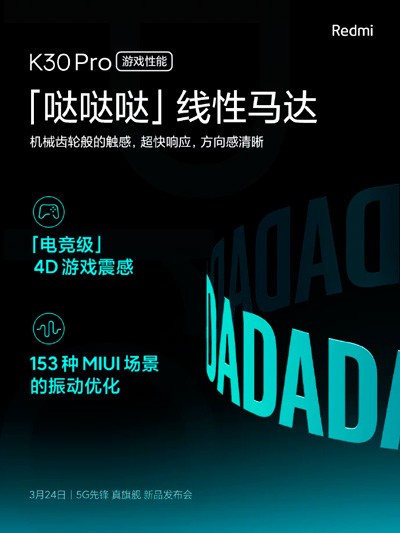 Other leaks showed that it would have ultra-fast UFS 3.1 storage and liquid cooling. The only negative point known so far for games is the 60Hz screen, which could be 120 to be ideal. Speaking of which, it must measure 6.67 inches and have FullHD + resolution. The main camera must be quadruple and the front one must be in a pop-up mechanism.

Other specifications include Snapdragon 865 processor with 5G,  , 4700mAh battery with 33W charging and a probable initial value of 3000 yuan at launch, about 2,174 reais in direct conversion. The official announcement of the cell phone will take place on March 24.

Doom Eternal System Requirements | Can your PC Run it?

Netflix Is Now Cheaper For Kenyans

Samsung Galaxy A51 5G will soon be here

Here are some free apps and games. Some apps on the Google Play Store are discounted and …